Richard is Managing Director of Kiri-ganai Research, and has a wealth of experience in managing national and international innovation programs addressing the sustainability and health of local to global environments and domestic and international industries.

Following an early career in the Australian Departments of Productivity and then Trade, Richard worked in Japan, including at the University of Nagasaki. Returning to Australia he was involved in national research reforms, and was a co-author of Australia’s Primary Industries & Energy R&D Act 1989 establishing 15 national industry R&D corporations. He helped found the Land & Water Resources R&D Corporation, where he established a wide range of national research programs including the National Dryland Salinity Program, Managing Climate Variability Program and the Social and Institutional Research Program among many others.

Leading a collaborative research team involving University of Tasmania, five State Governments, four industry peak research organisations and numerous community groups, Richard jointly won an Australian Banksia Award in 2008 for his oversight Australia’s largest agricultural biodiversity. In 2009 he was appointed as an Adjunct Professor at the University of Southern Queensland and an Adjunct Associate Professor at the Australian National University. In 2013 he was made a Fellow of the Australian Institute of Agricultural Science & Technology.

Judy is the Kiri-ganai Research’s Executive Coordinator, responsible for overseeing office management , client liaison and the coordination of all executive functions. 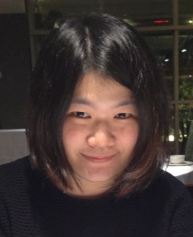 Working with Win The Market and Advance eMarketing in Shanghai, Chenlu has promoted Kiri-ganai research’s presence in China. Her degrees in Accounting and Management from the University of New South Wales combined with her Chinese networks make her an indispensable asset in traversing China’s complex operating environment.

Kerri is the Business Manager of Kiri-ganai Research. She has considerable experience in overseeing project and program management systems.

Over a distinguished career, Kerri has managed the quality assurance systems of a range of organizations, including those accredited under ISO 9001 (administrative systems) and ISO 14000 (environmental management systems). She has worked in a research and education environment for over ten years, with Land & Water Australia, Canberra Institute of Technology and the Department of Health’s office of General Practice Education and Training.

Kerri has a Masters in Business Administration and degrees in Economics and Business Management.

Steve is an associate consultant with specialist expertise in futures and scenario planning. His business, EcoInsights, commenced in 2005.

Steve has an interesting background of tremendous complementary to Kiri-ganai Research. He was a research ecologist for 25 years and has been a futurist specialising in relationships between the environment and human health and wellbeing for the past 10 years. He has extensive experience working in and with government policy agencies in Australian and internationally. 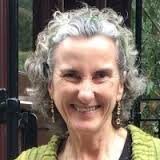 Jann trained as a landscape ecologist with her professional interests over the last two decades focusing on the conservation and management of biodiversity in Australia. She has worked as a part-time consultant for the last 9 years for Land & Water Australia. Five years was spent as the National Coordinator of the Native Vegetation R&D Program (1998-2003) and five and a half years (2001-2007) as the National Coordinator of the Native Vegetation and Biodiversity Sub-program of Land, Water & Wool. During this period, Jann led a team of authors writing the biodiversity theme report for the 2001 Commonwealth State of the Environment Report, contributed to the 2002 biodiversity report published by the National Land & Water Resources Audit and in 2005 authored and co-authored two major reports on native vegetation management at the regional and property level for Greening Australia.

Jann sat on the Grain & Graze Biodiversity project steering committee, the WildCountry Science Council and the Cradle Coast NRM Committee at the regional level. She brings a wealth of experience in biodiversity conservation, assessment and evaluation at the regional and national level, as well as highly regarded skills in project management.

Sue has diverse experience that includes strategic sales and marketing in the IT industry.  Following rewarding and stimulating roles as software and services sales and marketing as the VP Sales for Panviva and senior account management and marketing roles in Hewlett Packard Australia, she became interested in agricultural sustainability and natural capital.

Sue has a BSc in Science (Physics) and a Masters of Marketing. She is currently undertaking a PhD, enrolled part-time at the Fenner School of Environment & Society at ANU where she is working on adapting double-entry bookkeeping for natural capital in agriculture.

She also provides marketing and research support for a social enterprise www.myfarmshop.com.au that supplies healthy, ethical and sustainable meat to citizens; supports the Stipa Native Grasses Association in the delivery of an “Action on the Ground” project to demonstrate low-cost, rapid storage of soil carbon as a result of management of grazing livestock, and supports the “Soils for Life” program.

Doug is a wetlands ecologist with broad experience in advisory, management and stakeholder engagement. Doug has 25+ years’ experience working as a wetland ecologist in Australasia and Asia.